Manchester United have won 20 league titles, the most of any English club, 11 FA Cups, four League Cups and a record 20 FA Community Shields. The club has also won three European Cups, one UEFA Cup Winners’ Cup, one UEFA Super Cup, one Intercontinental Cup and one FIFA Club World Cup. In 1998–99, the club became the first in the history of English football to achieve the treble of the Premier League, the FA Cup and the UEFA Champions League.

The 1958 Munich air disaster claimed the lives of eight players. In 1968, under the management of Matt Busby, Manchester United became the first English football club to win the European Cup. Alex Ferguson won 38 trophies, including 13 Premier League titles, 5 FA Cups and 2 UEFA Champions Leagues, between 1986 and 2013, when he announced his retirement. Louis van Gaal is the club’s current manager after Ferguson’s successor David Moyes was sacked after only 10 months in charge.

Manchester United was the second highest-earning football club in the world for 2013–14, with an annual revenue of €518 million, and the world’s third most valuable football club in 2015, valued at $1.98 billion. As of June 2015, it is the world’s most valuable football brand, estimated to be worth $1.2 billion. It is one of the most widely supported football teams in the world. After being floated on the London Stock Exchange in 1991, the club was purchased by Malcolm Glazer in May 2005 in a deal valuing the club at almost £800 million, after which the company was taken private again. In August 2012, Manchester United made an initial public offering on the New York Stock Exchange. The club holds many long-standing rivalries, most notably with Liverpool and with Manchester City.

Manchester United was formed in 1878 as Newton Heath LYR Football Club by the Carriage and Wagon department of the Lancashire and Yorkshire Railway (LYR) depot at Newton Heath. The team initially played games against other departments and rail companies, but on 20 November 1880, they competed in their first recorded match; wearing the colours of the railway company – green and gold – they were defeated 6–0 by Bolton Wanderers’ reserve team. By 1888, the club had become a founding member of The Combination, a regional football league. Following the league’s dissolution after only one season, Newton Heath joined the newly formed Football Alliance, which ran for three seasons before being merged with the Football League. This resulted in the club starting the 1892–93 season in the First Division, by which time it had become independent of the rail company and dropped the “LYR” from its name. After two seasons, the club was relegated to the Second Division.

In January 1902, with debts of £2,670 – equivalent to £260,000 in 2016– the club was served with a winding-up order. Captain Harry Stafford found four local businessmen, including John Henry Davies (who became club president), each willing to invest £500 in return for a direct interest in running the club and who subsequently changed the name;on 24 April 1902, Manchester United was officially born. Under Ernest Mangnall, who assumed managerial duties in 1903, the team finished as Second Division runners-up in 1906 and secured promotion to the First Division, which they won in 1908 – the club’s first league title. The following season began with victory in the first ever Charity Shield and ended with the club’s first FA Cup title. Manchester United won the First Division for the second time in 1911, but at the end of the following season, Mangnall left the club to join Manchester City.

In 1922, three years after the resumption of football following the First World War, the club was relegated to the Second Division, where it remained until regaining promotion in 1925. Relegated again in 1931, Manchester United became a yo-yo club, achieving its all-time lowest position of 20th place in the Second Division in 1934. Following the death of principal benefactor John Henry Davies in October 1927, the club’s finances deteriorated to the extent that Manchester United would likely have gone bankrupt had it not been for James W. Gibson, who, in December 1931, invested £2,000 and assumed control of the club. In the 1938–39 season, the last year of football before the Second World War, the club finished 14th in the First Division.

Manchester United are one of the most successful clubs in Europe.The club’s first trophy was the Manchester Cup, which it won as Newton Heath LYR in 1886. In 1908, the club won its first league title, and won the FA Cup for the first time the following year. Manchester United won the most trophies in the 1990s; five league titles, four FA Cups, one League Cup, five Charity Shields (one shared), one UEFA Champions League, one UEFA Cup Winners’ Cup, one UEFA Super Cup and one Intercontinental Cup.

The club holds the record for most top-division titles (20). Manchester United holds the record for the most Premier League titles (13), FA Community Shields (20) and was the first English team to win the European Cup in 1968. It is the only British club to have won the Club World Cup, in 2008. United also became the sole British club to win the Intercontinental Cup in 1999. The club’s most recent trophy came in August 2013 with the 2013 Community Shield.

The only major honour that Manchester United has never won is the UEFA Europa League,[203] although the team reached the quarter-finals in 1984–85 and the semi-finals of the competition’s precursor tournament, the Inter-Cities Fairs Cup, in 1964–65. 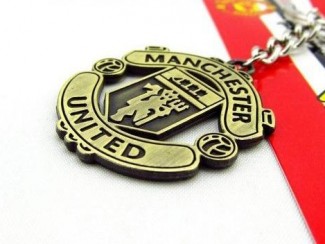