Fußball-Club Bayern München e.V., commonly known as FC Bayern München , FCB, Bayern Munich, or FC Bayern, is a German sports club based in Munich, Bavaria, Germany. It is best known for its professional football team, which plays in the Bundesliga, the top tier of the German football league system, and is the most successful club in German football history, having won a record 25 national titles and 17 national cups.

FC Bayern was founded in 1900 by eleven football players led by Franz John. Although Bayern won its first national championship in 1932,[5] the club was not selected for the Bundesliga at its inception in 1963. The club had its period of greatest success in the middle of the 1970s when, under the captaincy of Franz Beckenbauer, it won the European Cup three times in a row (1974–76). Overall, Bayern has reached ten European Cup/UEFA Champions League finals, most recently winning their fifth title in 2013 as part of a continental treble. Bayern has also won one UEFA Cup, one European Cup Winners’ Cup, one UEFA Super Cup, one FIFA Club World Cup and two Intercontinental Cups, making it one of the most successful European clubs internationally. Since the formation of the Bundesliga, Bayern has been the dominant club in German football with 25 titles and has won 7 of the last 11 titles. They have traditional local rivalries with TSV 1860 München and 1. FC Nürnberg, as well as with Borussia Dortmund since the mid-90s.

Since the beginning of the 2005–06 season, Bayern has played its home games at the Allianz Arena. Previously the team had played at Munich’s Olympiastadion for 33 years. The team colours are red and white, and the team crest shows the white and blue flag of Bavaria. In terms of revenue, Bayern Munich is the biggest sports club in Germany and the third biggest football club in the world, generating €487.5 million for the 2013–2014 season. Bayern has over 270,000 members. There are more than 4,000 officially-registered fan clubs with over 314,000 members. The club has other departments for chess, handball, basketball, gymnastics, bowling, table tennis, referees, and senior football with more than 1,100 active members.

Bayern is one of three professional football clubs in Munich. Bayern’s main local rival is TSV 1860 München, who were the more successful club in the 1960s, winning a cup and a championship. In the 1970s and 1980s, TSV 1860 moved between the first and the third division, but lately have settled in the second division. The Munich derby is still a much anticipated event, getting a lot of extra attention from supporters of both clubs. 1860 is considered more working-class, and therefore suffers from a diminishing fan base in a city where the manufacturing sector is declining.[citation needed] Bayern is considered the establishment club, which is reflected by many board members being business leaders[dubious – discuss] and including the former Bavarian minister president, Edmund Stoiber. Despite the rivalry, Bayern has repeatedly supported 1860 in times of financial disarray.

Since the 1920s, 1. FC Nürnberg has been Bayern’s main and traditional[103] rival in Bavaria. Philipp Lahm said that playing Nürnberg is “always special” and is a “heated atmosphere”. Both clubs played in the same league in the mid-1920s, but in the 1920s and 1930s, Nürnberg was far more successful, winning five championships in the 1920s, making the club Germany’s record champion. Bayern took over the title more than sixty years later, when they won their tenth championship in 1987, thereby surpassing the number of championships won by Nürnberg. The duel between Bayern and Nürnberg is often referred to as the Bavarian Derby.

Bayern also enjoys a strong rivalry with the 1. FC Kaiserslautern, originating in parts from a game in 1973, when Bayern lost 7–4 after leading 4–1, but also from the two clubs competing for German championship honours at various times in the Bundesliga as well as the city of Kaiserslautern together with the surrounding Palatinate having been part of Bavaria until a plebiscite after the end of the Second World War.

Since the 1970s, Bayern’s main rivals have been the clubs who put up the strongest fight against its national dominance. In the 1970s this was Borussia Mönchengladbach,[26] in the 1980s the category expanded to include Hamburger SV. In the 1990s, Borussia Dortmund, Werder Bremen, and Bayer Leverkusen emerged as the most ardent opponents. Recently Borussia Dortmund, Schalke, and Werder Bremen have been the main challengers in the Bundesliga. 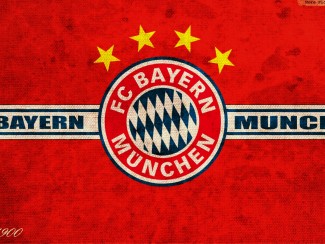