The Chicago Bulls are an American professional basketball team based in Chicago, Illinois. The Bulls compete in the National Basketball Association (NBA) as a member team of the league’s Eastern Conference Central Division. The team was founded on January 16, 1966. The team play their home games at the United Center, an arena shared with the Chicago Blackhawks of the National Hockey League (NHL). The Bulls saw their greatest success during the 1990s. They are known for having one of the NBA’s greatest dynasties, winning six NBA championships between 1991 and 1998 with two three-peats. All six championship teams were led by Hall of Famers Michael Jordan, Scottie Pippen and coach Phil Jackson. The Bulls are the only NBA franchise to win multiple championships and never lose an NBA Finals series in their history.

The Bulls won an NBA record-72 games during the 1995–96 NBA season and are the only team in NBA history to win 70 games or more in a single season. Many experts and analysts consider the 1996 Bulls to be one of the greatest teams in NBA history. As of 2015, the Bulls are the third most valuable NBA franchise according to Forbes, with an estimated value of $2 billion, earning approximately $65 million in operating income from the 2014–15 NBA season. Michael Jordan and Derrick Rose have both won the NBA Most Valuable Player Award while playing for the Bulls, for a total of six MVP awards.

On January 16, 1966 Chicago was granted an NBA franchise to be called the Bulls. The Chicago Bulls became the third NBA franchise in the city, after the Chicago Stags (1946–50) and the Chicago Packers–Zephyrs (now the Washington Wizards). The Bulls’ founder, Dick Klein, was the Bulls’ only owner to ever play professional basketball (for the Chicago American Gears). He served as the Bulls’ president and general manager in their initial years.

After the 1966 NBA Expansion Draft, the newly founded Chicago Bulls were allowed to acquire players from the previously established teams in the league for the upcoming 1966–67 season. The team started in the 1966–67 NBA season, and posted the best record by an expansion team in NBA history. Coached by Chicagoan and former NBA star Johnny “Red” Kerr, and led by former NBA assist leader Guy Rodgers, guard Jerry Sloan and forward Bob Boozer, the Bulls qualified for the playoffs, the only NBA team to do so in their inaugural season.

During the Bulls’ run of dominance, the player introductions became world famous. Longtime announcer Tommy Edwards was the first to use “Sirius”, “On The Run” and other songs in game presentation in the NBA. When Edwards moved to Boston for employment with CBS Radio, he was replaced by Ray Clay in 1990, and Clay continued many of the traditional aspects of the Bulls introductions, including the music, The Alan Parsons Project’s “Sirius”, for all six championship runs. The lights are first dimmed during the visiting team introduction, accompanied by “The Imperial March” from Star Wars composed by John Williams or “On the Run” by Pink Floyd, or “Tick of the Clock” by Chromatics. Virtually all lights in the stadium are then shut off for the Bulls introduction, and a spotlight illuminates each player as he is introduced and runs onto the court; the spotlight is also focused on the Bulls logo prior to the introductions. Since the move to the United Center, lasers and fireworks have been added, and with improvements to the arena’s White Way video screen, computer graphics on the stadium monitors have been added. These graphics feature the 3D-animated ‘Running of the Bulls’ en route to the United Center, along the way smashing a bus featuring the opposing team’s logo. Coincidentally, Alan Parsons wrote “Sirius” for his own band and was the sound engineer for “On the Run” from Pink Floyd’s album The Dark Side of the Moon.

Traditionally, the players have been introduced in the following order: small forward, power forward, center, point guard, shooting guard. Thus during the championship era, Scottie Pippen was usually the first (or second) Bulls player introduced, and Michael Jordan the last. (Pippen and Jordan are the only players to play on all six Bulls championship teams.) More recently with Derrick Rose’s arrival, the guards have been reversed in order, making the Chicago-bred point guard the last player introduced. Although internal disputes eventually led to the dismissal of Clay, the Bulls in 2006 announced the return of Tommy Edwards as the announcer.

As part of Edwards’ return, the introductions changed as a new introduction was developed by Andy and Larry Wachowski, Ethan Stoller and Jamie Poindexter, all from Chicago. The introduction also included a newly composed remix of the traditional Sirius theme.

Benny the Bull is the main mascot of the Chicago Bulls. He was first introduced in 1969. Benny is a red bull who wears number 1. Benny is one of the oldest and most well known mascots in all of professional sports. The Bulls also had another mascot named Da Bull. Introduced in 1995, he was described on the team website as being the high flying cousin of Benny, known for his dunking skills. The man who portrayed Da Bull was arrested in 2004 for possession and selling marijuana from his car. Da Bull was retired soon after the incident. While Benny has a family-friendly design, Da Bull was designed as a more realistic bull. Unlike Benny, Da Bull was brown. He also had a meaner facial expression and wore number 95. 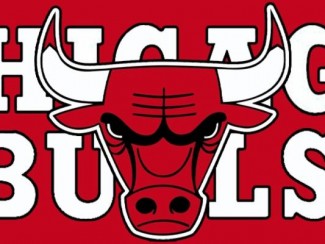