Bath Rugby (also known as just Bath) is an English professional rugby union club in Bath, Somerset. They play in the Aviva Premiership league. The club has won England’s domestic competition, the Anglo-Welsh Cup, the Heineken Cup and European Challenge Cup.Founded in 1865 as Bath Football Club, they are one of the oldest and most successful rugby clubs. The club plays at the Recreation Ground.

Bath Football Club is one of the oldest clubs in existence, having been founded in 1865 by members of Lansdown Cricket Club in Bath (founded 1825) for ‘something to do in the winter. This is the reason why the club colours of the two clubs are identical. With an original home base at North Parade, Bath then led a nomadic existence during the 1800s playing at Claverton Down, Lambridge Meadows, Taylor’s Field and Henrietta Park. They then leased a plot of land at Pulteney Meadow where today’s Rec stands. With most games played against local opposition: Weston-super-Mare, Gloucester, Clifton and the “Arabs” fromBristol. By the 1890s, Welsh clubs were starting to become regular opponents, with Cardiff and Penarth regularly appearing in the fixture list. With a traditionally lightweight pack, they would suffer regular defeats. The club played its first fixture against overseas opposition in 1907, as Racing Club de Bordelais crossed the Channel to play at the Rec. 1954 saw a first overseas tour by Bath, who beat the French teams St. Claude (23–3). Givors (9–6) and Tour du Pin (17–0).

The trip was repeated the following year with wins against St. Claude (13–8), Dijon (14–0) and Macon (8–3) as Captain Peter Sibley was the first to develop the ethos for fast, attacking rugby in the Sixties — an ethos that still lives on in today’s team. By 1984, the first of ten knock-out cup successes had been achieved, at the expense of Bristol. Bath dominated the John Player Special Cup winning it four years on a trot, from 1984 to 1987. The cup sponsor changed to Pilkington, and Bath after a blip in 1988 dominated that cup as well winning it a further six times.

With six-foot four-inch players such as England international back row David Gay, Peter Heindorff, Peter had players with physique to impose this style of play. With the mercurial John Horton and the incisive Mike Beese, the side continued to develop Bath’s reputation in the early Seventies with some spectacular wins over the cream of Welsh rugby union in its heyday. However, the revolution began with the arrival of coach Jack Rowell in 1978. Rowell transformed the ethos of a club that had traditionally drawn its players from the immediate locality. When formalised competitions started in the 1980s Jack Rowell brought premature professionalism to Bath and began to assemble a side with power and precision. The power, provided by Gareth Chilcott and Roger Spurrell was complemented by the precision of John Horton and winger David Trick.

The Premier League started in 1986 and Bath dominated those by winning six times in eight years and doing the “double” four times. Bath were an unstoppable force in 1988/89 and ran away with the Premiership title, winning the first ten of their eleven league matches. Their only defeat was at Leicester in the last game of the season, when Bath, with the title already won, rested several key players. The two sides met again a week later in the Club Championship Cup final at Twickenham which Bath won 10–6 to become the first English club to wrap up the double of winning both League and Cup.

1990 saw the last of six consecutive Twickenham final wins with a 48–6 humiliation of Gloucester.

1993/94 saw a unique “Grand Slam” of titles. In addition to the league (played on a home and away basis for the first time), the team won the Pilkington Cup (beating Leicester, with tries from Tony Swift and a youthful Mike Catt), the Middlesex Sevens (beating Orrell in the Final) and the Worthington Tens. Arguably the most “professional” amateur club side in English history, Bath has struggled to match the achievements of the Eighties and early Nineties, after which, other clubs started paying their players making an even playing field.

In May 1996, Bath Rugby and Wigan RLFC made history by playing against each other at both codes. The first match was at Maine Road, Manchester under League rules – result Wigan 82 Bath 6; then two weeks later the return match under Union rules was held at Twickenham – result Bath 44 Wigan 19.

The official supporters’ club of Bath Rugby was formed in January 1997. The driving force was Jake Massey, who lobbied the club relentlessly once the game went professional.

Although working closely with Bath Rugby, it remains an independent club, with an elected Committee of 11 members with four named positions, comprising the Chairman, Hon Sec, Hon Treas and Membership Secretary. The CEO of Bath Rugby is also an ex officio member of the committee. The Bath Rugby Supporters’ Club (BRSC) has a membership of over 1,000 and a fully drawn up constitution. Adult members pay £5 annual subscription, £3 for Juniors and £10 for family membership. Each member receives a badge and membership card, the design of which changes at the start of each season. Members are entitled to various discounts at hostelries and retail outlets around Bath, including the Bath Rugby shop. The BRSC issues a quarterly Newsletter and has its own website at www.allez-bath.co.uk.

Social events and Q&A sessions are held throughout the year, with an AGM at the end of August and an Awards Supper held at the start of the season in September. All members are given an opportunity to vote for the players they consider are deserving of awards in various categories.

The BRSC runs at least one coach to every away game and proceeds from raffles held on these trips are donated to nominated local charities.

The BRSC is the major sponsor of the Bath Community Foundation, raising funds by means of a shirt raffle on every home match day and a competition called “Two in a Bath”, which is jointly promoted with Bath Rugby. The club also sponsors a young player each year.

In 2003 the Bath Supporters Club was at the centre of a minor controversy when, unlike the Bristol Rugby Supporters Club, it did not publicly oppose the proposed merger between the two clubs.

Bath was the first rugby club to have its own supporters’ fanzine, Everytime Ref, Everytime! (ERE), and this was then followed by similar magazines compiled by supporters at Gloucester and Leicester. The Leicester magazine folded within its first season but Gloucester’s Shedhead is still going strong. ERE was launched in 1991 and continued until 1999 when its paper format was replaced by an online fanzine.

ERE was devised and produced by two Bath rugby fanatics, Glen Leat and Clive Banks. They wanted to produce something which was more in tune with modern sports fans and had a bit of comedy linked to it. During 1999, one of the founders, Leat, began to explore the possibility of turning ERE in to an online magazine. He subsequently launched a very simple site called ERE2000 in 2000.

As of May 2012, Leat handed over the editorial reins and the name of ERE, the new site being Come on my Lovers. 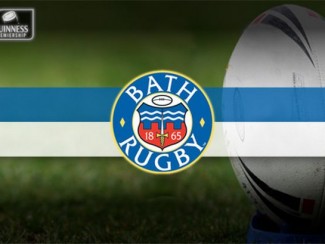