The National Football League (NFL) is a professional American football league consisting of 32 teams, divided equally between the National Football Conference (NFC) and the American Football Conference (AFC). The NFL is one of the four major professional sports leagues in North America, and the highest professional level of American football in the world. The NFL’s 17-week regular season runs from the week after Labor Day to the week after Christmas, with each team playing sixteen games and having one bye week. Following the conclusion of the regular season, six teams from each conference (four division winners and two wild card teams) advance to the playoffs, a single-elimination tournament culminating in the Super Bowl, played between the champions of the NFC and AFC.

The NFL was formed in 1920 as the American Professional Football Association before renaming itself the National Football League for the 1923 season. The NFL agreed to merge with the American Football League (AFL) in 1966, and the first Super Bowl was held at the end of that season; the merger was completed in 1970. Today, the NFL has the highest average attendance (67,591) of any professional sports league in the world and is the most popular sports league in the United States. The Super Bowl is among the biggest club sporting events in the world[5] and individual Super Bowl games account for many of the most watched television programs in American history, all occupying the Nielsen’s Top 5 tally of the all-time most watched U.S. television broadcasts by 2015. The NFL’s executive officer is the commissioner, who has broad authority in governing the league.

On August 20, 1920, a meeting was held by representatives of the Akron Pros, Canton Bulldogs, Cleveland Indians, and Dayton Triangles at the Jordan and Hupmobile auto showroom in Canton, Ohio. This meeting resulted in the formation of the American Professional Football Conference (APFC), a group who, according to the Canton Evening Repository, intended to “raise the standard of professional football in every way possible, to eliminate bidding for players between rival clubs and to secure cooperation in the formation of schedules”. Another meeting held on September 17, 1920 resulted in the renaming of the league to the American Professional Football Association (APFA).The league hired Jim Thorpe as its first president, and consisted of 14 teams. Only two of these teams, the Decatur Staleys (now the Chicago Bears) and the Chicago Cardinals (now the Arizona Cardinals), remain.

Although the league did not maintain official standings for its 1920 inaugural season and teams played schedules that included non-league opponents, the APFA awarded the Akron Pros the championship by virtue of their 8–0–3 (8 wins, 0 losses, and 3 ties) record.[9] The following season resulted in the Chicago Staleys controversially winning the title over the Buffalo All-Americans.[10] In 1922, the APFA changed its name to the National Football League (NFL).

In 1932, the season ended with the Chicago Bears (6-1-6) and the Portsmouth Spartans (6-1-4) tied for first in the league standings. At the time, teams were ranked on a single table and the team with the highest winning percentage (not including ties, which were not counted towards the standings) at the end of the season was declared the champion; the only tiebreaker was that in the event of a tie, if two teams played twice in a season, the result of the second game determined the title (the source of the 1921 controversy). This method had been used since the league’s creation in 1920, but no situation had been encountered where two teams were tied for first. The league quickly determined that a playoff game between Chicago and Portsmouth was needed to decide the league’s champion. The teams were originally scheduled to play the playoff game, officially a regular season game that would count towards the regular season standings, at Wrigley Field in Chicago, but a combination of heavy snow and extreme cold forced the game to be moved indoors to Chicago Stadium, which did not have a regulation-size football field. Playing with altered rules to accommodate the smaller playing field, the Bears won the game 9-0 and thus won the championship. Fan interest in the de facto championship game led the NFL, beginning in 1933, to split into two divisions with a championship game to be played between the division champions.[13] The 1934 season also marked the first of 12 seasons in which African Americans were absent from the league. The de facto ban was rescinded in 1946, following public pressure and coinciding with the removal of a similar ban in Major League Baseball.

The NFL was always the foremost professional football league in the United States; it nevertheless faced a large number of rival professional leagues through the 1930s and 1940s. Rival leagues included at least three separate American Football Leagues and the All-America Football Conference (AAFC), on top of various regional leagues of varying caliber. Three NFL teams trace their histories to these rival leagues, including the St. Louis Rams (who came from a 1936 iteration of the American Football League), the Cleveland Browns and San Francisco 49ers (the last two of which came from the AAFC). By the 1950s, the NFL had an effective monopoly on professional football in the United States; its only competition in North America was the professional Canadian football circuit, which formally became the Canadian Football League (CFL) in 1958. With Canadian football being a different football code than the American game, the CFL established a niche market in Canada and still survives as an independent league.

A new professional league, the fourth American Football League (AFL), began play in 1960. The upstart AFL began to challenge the established NFL in popularity, gaining lucrative television contracts and engaging in a bidding war with the NFL for free agents and draft picks. The two leagues announced a merger on June 8, 1966, to take full effect in 1970. In the meantime, the leagues would hold a common draft and championship game. The game, the Super Bowl, was held four times before the merger, with the NFL winning Super Bowl I and Super Bowl II, and the AFL winning Super Bowl III and Super Bowl IV. After the league merged, it was reorganized into two conferences: the National Football Conference (NFC), consisting of most of the pre-merger NFL teams, and the American Football Conference (AFC), consisting of all of the AFL teams as well as three pre-merger NFL teams.
Today, the NFL is considered the most popular sports league in North America; much of its growth is attributed to former Commissioner Pete Rozelle, who led the league from 1960 to 1989. Overall annual attendance increased from three million at the beginning of his tenure to seventeen million by the end of his tenure, and 400 million viewers watched 1989’s Super Bowl XXIII. The NFL established NFL Properties in 1963. The league’s licensing wing, NFL Properties earns the league billions of dollars annually; Rozelle’s tenure also marked the creation of NFL Charities and a national partnership with United Way. Paul Tagliabue was elected as commissioner to succeed Rozelle; his seventeen-year tenure, which ended in 2006, was marked by large increases in television contracts and the addition of four expansion teams, as well as the introduction of league initiatives to increase the number of minorities in league and team management roles. The league’s current Commissioner, Roger Goodell, has focused on reducing the number of illegal hits and making the sport safer, mainly through fining or suspending players who break rules.[20] These actions are among many the NFL is taking to reduce concussions and improve player safety.

The National Football League has used three different trophies to honor its champion over its existence. The first trophy, the Brunswick-Balke Collender Cup, was donated to the NFL (then APFA) in 1920 by the Brunswick-Balke Collender Corporation. The trophy, the appearance of which is only known by its description as a “silver loving cup”, was intended to be a traveling trophy and not to become permanent until a team had won at least three titles. The league awarded it to the Akron Pros, champions of the inaugural 1920 season; however, the trophy was discontinued and its current whereabouts are unknown.

A second trophy, the Ed Thorp Memorial Trophy, was issued by the NFL from 1934 to 1969. The trophy’s namesake, Ed Thorp, was a referee in the league and a friend to many early league owners; upon his death in 1934, the league created the trophy to honor him. In addition to the main trophy, which would be in the possession of the current league champion, the league issued a smaller replica trophy to each champion, who would maintain permanent control over it. The current location of the Ed Thorp Memorial Trophy, like that of its predecessor, is unknown. The predominant theory is that the Minnesota Vikings, the last team to be awarded the trophy, somehow misplaced it after the 1969 season.

The current trophy of the NFL is the Vince Lombardi Trophy. The Super Bowl trophy was officially renamed in 1970 after Vince Lombardi, who as head coach led the Green Bay Packers to victories in the first two Super Bowls. Unlike the previous trophies, a new Vince Lombardi Trophy is issued to each year’s champion, who maintains permanent control of it. Lombardi Trophies are made by Tiffany & Co. out of sterling silver and are worth anywhere from $25,000 to $300,000. Additionally, each player on the winning team as well as coaches and personnel are awarded Super Bowl rings to commemorate their victory. The winning team chooses the company that makes the rings; each ring design varies, with the NFL mandating certain ring specifications (which have a degree of room for deviation), in addition to requiring the Super Bowl logo be on at least one side of the ring.The losing team are also awarded rings, which must be no more than half as valuable as the winners’ rings, but those are almost never worn.

The conference champions receive trophies for their achievement. The champions of the NFC receive the George Halas Trophy, named after Chicago Bears founder George Halas, who is also considered as one of the co-founders of the NFL. The AFC champions receive the Lamar Hunt Trophy, named after Lamar Hunt, the founder of the Kansas City Chiefs and the principal founder of the American Football League. Players on the winning team also receive a conference championship ring.

Clubs are given one franchise tag to offer to any unrestricted free agent. The franchise tag is a one-year deal that pays the player 120% of his previous contract or no less than the average of the five highest-paid players at his position, whichever is greater. There are two types of franchise tags: exclusive tags, which do not allow the player to negotiate with other clubs, and non-exclusive tags, which allow the player to negotiate with other clubs but gives his former club the right to match any offer and two first-round draft picks if they decline to match it.

Clubs also have the option to use a transition tag, which is similar to the non-exclusive franchise tag but offers no compensation if the former club refuses to match the offer. Due to that stipulation, the transition tag is rarely used, even with the removal of the “poison pill” strategy (offering a contract with stipulations that the former club would be unable to match) that essentially ended the usage of the tag league-wide. Each club is subject to a salary cap, which is set at $143.28 million for the 2015 season, $10 more than in 2014 and $20 million more than in 2013. 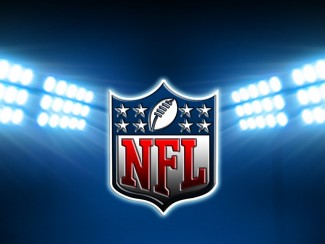