Chelsea midfielder suddenly visited by a delegation of UEFA during the preparations with the national team of Spain.

This was revealed in Snapchat itself through social network Spain international, where he was surprised by doctors around 23:30 UEFA doping.

Certainly result was negative, but Cescu remained highly surprised as he had not expected to be tested. 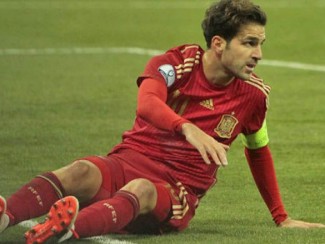