Dimitri Seluk, who is the agent of Yaya Toure, coach Pep Guardiola has stung.
Seluk, agent of Manchester City midfielder hopes that Pep Guardiola not to take the direction of the club by “Etihad ‘in the summer of 2016.

Seluk has gone as far as saying that even his grandfather would be declared champion Guardiola with Barcelona and Bayern Munich, I was the coach of these teams.

“Guardiola is a great coach, but he has won the title with Barcelona and Bayern. Even my grandfather would win the title with such teams as they are great clubs with great players. ”

“I’d like to see Guardiola to take charge of a club which keeps the middle of the table, and then declare them champions,” said Seluk. 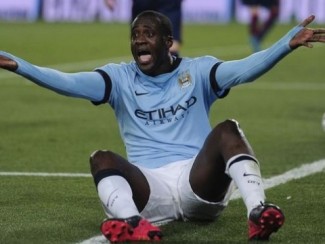