With four goals scored against Athletic Bilbao, Real Madrid reaches the quota of 70 goals scored in this season’s La Liga. 47 such marked at the time of Benitez, while 23 Zidanin.Trajneri first reached an average of 2.6 goals per game, while Real Zidane is a goalscoring machine. Frenchman on the bench, “galacticos” have an average of 3.8 goals per game. With these data, the projection suggests that Real will reach at least 110 goals in the league. A figure that would rank fifth team in histori.Ai Zidane will equalizing Barcelona a season ago with 110 goals. However, the absolute record of Jose Mourinho holds with 121 goals in the 2011-2012 season. It is this record can reach Zinedine Zidane with his team. If Madrid continues to score goals at this pace, it could make 123 such until the end of the championship.

In the 24th week, Jose Mourinho had a quota of 82 goals, while Madrid has 70. Currently Zidan took the team to the 18th week, when he had 47 goals and six weeks managed to cut the gap with Real Madrid Mourinho in 12 goals. The team is responding very well and produces very beautiful game.

Ranieri’s surprised everyone before returning to Rome, after losing players gift 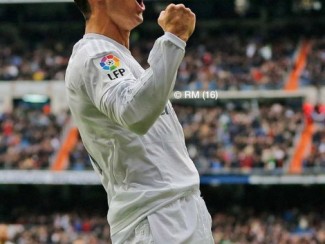