PSG with enormous offer for Hazard

Chelsea may accept an offer of 80 million euros from Paris Saint-Germain for Eden Hazard services.
25-year-old is part of much speculation that he will leave Stamford Bridge at the end of the season, with many major European clubs interested in.

PSG leads the race and, according BuzzSport, the Belgian is regarded as the ideal substitute Zlatan Ibrahimovic, despite not playing in the same position.

Swede’s contract expires at the end of the season and has refused to talk about the future, adding speculation that he will leave the French capital. 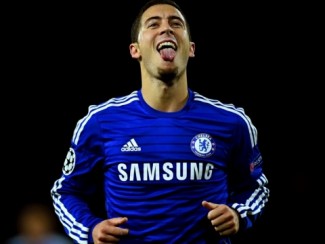