Pirlo: I played with a lot of players, but Pogba …

The master of the midfield, Andrea Pirlo, says Paul Pogba is a new player that has the best view and most complete midfielder in the world.

Italian legend played for four seasons at Juventus, before moving to New York City FC and it has recognized the talent of the Frenchman.

Otherwise, Pogba is wanted by all major European clubs and chances are high that summer Bianconeri can sell.
“No doubt that Juventus will want to keep. But sometimes you must take all the money to rebuild the team and its price is such. ”

“At his age, he can build his team around for years to come. If he decides to leave, then I think that will happen for a world record. ”

“I played with some great players, but Pogba has been the best player I’ve seen new,” said Pirlo 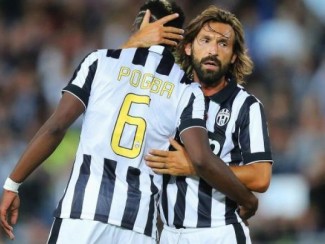