Mourinho be the next coach of Manchester is not news, but the way he has chosen to take the club, yes. England wrote that Portugal has presented its candidacy to the club anglez.Special One “has written six page which highlights the problems with the team and the way how they can be solved. It is reported that between rows, Mourinho has written that he is willing to give up some of his behavior and character difficult problems and often opened discussions in England.

United in heart – In 2013, Mourinho could take the club as Ferguson’s successor. Self latter valued the Portuguese at the time and urged leaders to was the coach. The Governing Board had no specific opinion on Mourinho and then decided to team coach David Mojes believed.

Even executives did not like his behavior and the controversy that always open. Now times have changed and Mourinho swears he is more mature and wants to make history in the team “Devils”. Given that in recent days has circulated the news that Van Gaal’s successor could be Guardiola, Mourinho added counterattack to overtake “enemy” of his.

However, the news circulated vigorously in sports media was denied by Mourinho’s agent, George Mendez, who said that Mourinho is not of those coaches that vetofrohet.

Van Gaal – While home is United’s new coach was thinking remains to solve the problem with the current technician. Board is at stake for the future of the Dutchman. There is a unanimous decision removing his position.

After the defeat he suffered this week, it has started rolling bench, but the fact that a possible dismissal may reduce quotas Manchester in scholarship, leadership dome forces not to take any decision to trust the coach Louis Van Gaal. However, positive results definitely required. 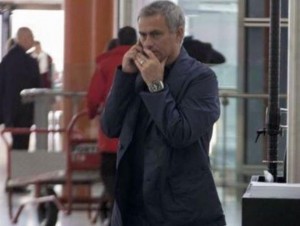