Raise hands who believed only two months ago that Cristian Zapata and Keisuke Honda will be renewing their contract with Milanin.Ndryshe than expected (both players in January were about to leave the Rossoneri), “Devil” is rumored oriented to continued cooperation with the players.

Yield very good showing from Honda and Zapata in the championship’s second stage, according to the Italian daily “Tuttosport” Milan has pushed executives to enter into negotiations being proposed renewal of contract players.

The same question applies to the Milan captain Riccardo Montolivo, whose contract expires at the end of the season. The player is expected to extend cooperation to the “Devil” in 2018.

Milan qualify to the finals after 13 years, hosts Inter-Juve 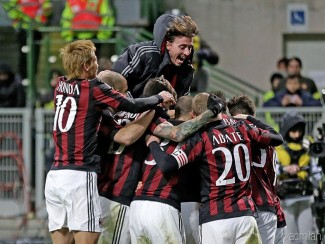