Milan qualify to the finals after 13 years, hosts Inter-Juve

Milan were dominating the field in 45 minutes of the second. Romanjoli 80 minutes’ dopietën realized his challenge, while Mario Balotelli returned to goal a minute before the close of the meeting.

The Milan team will now wait to see which team will come out the winner of the match between Inter and Juventisit, which will be played tomorrow (Wednesday 20:45), to meet in the final.

Milan headed the 3-0 in the first meeting to Alesandrias valid for the Italian Cup semifinals. The first goal was scored by after 20 minutes Manez ‘, while Romanjoli doubled the score four minutes later.

Security goal for Milan came back from Manez 39 minutes’, leading teams in the locker room.

Although the result in 45 minutes before speaking in favor of Milan, Rossoneri sent ahead after the first game to win 1-0 in the transfer.

The Rossoneri have 13 years without qualifying for the final of the Italian Cup. In 2003, the last dates of the Rossoneri, who won the trophy defeating Rome in the final squad. 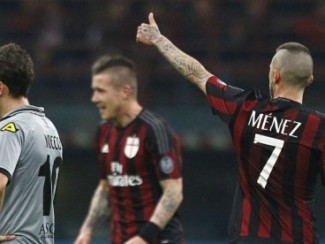