Gostivar striker Admir Mehmedi, who is part of Switzerland for several years, admits that it will be very difficult to play against Albania.

In a statement to the prestigious Swiss “Blick”, one of six national Albanians Helvetia, in the finals of “Euro 2016” is expected to play against the Rossoneri, stated among other things that when they cast lots hoped to avoid this confrontation.

“I am from Macedonia, but as I also five other players to be part of Switzerland, wanted to prevent any to face Albania in the European Union. I have to admit it will be difficult to play against the motherland.

Of course we have faced twice before, but we will once again be a strange sensation. However, while we are professionals and represent Switzerland will give everything to achieve victory in the first game in Europe “, stated Mehmedi, who is currently part of Bayer Leverkusen.

The attacker counts 39 games with the representative of Switzerland, as he has scored 3 goals. He has been part of Helvetia in the 2014 World Cup finals in Brazil.

Meanwhile, Albania will debut at the European Championship challenge facing Switzerland on June 11. As opponents will be Valon Behrami, Granit Xhaka, Xherdan Shaqiri and Admir Xhemaili Blerim Ahmad. Albania, Switzerland will be played in the stadium of Lance, which has a capacity of 35 thousand seats. In all probability, more than half of the stadium will be filled with red and black fans.

“We respect, but not fear of Germany” 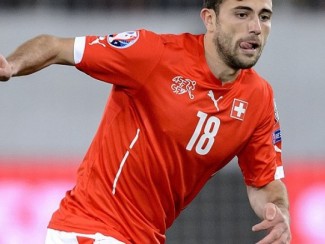