In best time, Juventus has got two very bad news. One of the most important players of the team Juventus will miss four weeks. It is Croatian striker Mario Manxukiç, who has suffered a retreat in mid thigh muscle of Manxukiç majtë.Analizat have shown that it will not be under the orders of Allegri’s for at least a month. In this way, the technician Juventus have to reckon without Croatian giant in two very important matches like the one against Napoli against Bayern. For nearly three weeks will be missing midfielder Azamoah, who before recently returned from some serious damage.

Mario Manxukiç will miss the first leg of the Champions League, which will be played on February 23 in Torino. Croat chances to recover before this date are slim. He was going through a very good moment and in recent weeks was the undisputed starter with Dibalën, forming thus the perfect attack that helped Juventus to recover points in the league.

In these matches, Juventus will lose many of grinte length and fighting spirit of Manxukiçit, but fortunately the alegri his injury came at a time when Alvaro Morata returned again in form. Two goals and a positive match held with Inter, make the news for the Croatian striker damage not seen as the end of the world, because the Spaniard is ready to substituents Morata soybean it in the best way possible. On the bench is another player Simone Zaza, who is anxiously awaiting his moment to activate. 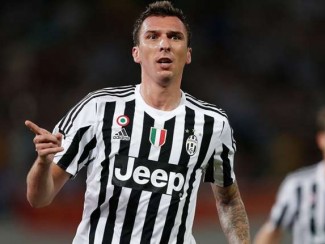