Stadium “Santiago Bernabeu” was spoken of as a possible candidate to develop the Copa del Rey final between Barcelona and Sevijes.Por, Florentino Perez had given signals that he would do his utmost to prevent the eternal rivals Catalans lifted the trophy in its stadium.

This was confirmed yesterday exactly when, on May 21, which will develop the game, the “Bernabeu” will organize a spectacular concert of Bruce Springsteen. For this reason, the Cup final should be held at another plant.

Coach Luis Enrique, who turned out yesterday in the press conference before the match against Gijonit backward, mocked on this fact:

“For me, no matter where the final is played, but the fact that participate in it. Until the development, I believe that there is enough time. Since the ‘Santiago Bernabeu’ will have a Springsteen concert, the only thing you will lose is that my players will not be able to attend. The rest of the day they can have fun and go to participate, “said the head of the Catalan pankinës.

Materazzi: “I will play again 5 May, I was also near Milan”

Real fate in the hands of Barca 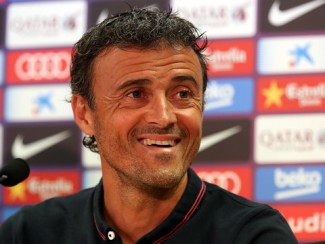