Gundogan no agreement with Citizens

Sunday Mirror reported that the German midfielder will join Pep Guardiola during the Citzens summer, but the player’s agent has denied everything.

“It is not true that we have reached agreement with Man City. No decision and everything is open. Ilkay is focused on his recovery, “said the agent.

British media had published a photograph while Borussia Dortmund midfielder was seen with a sheik, alleging that it was agreed between the player and Manchester City.

“We respect, but not fear of Germany”

Germany has forgotten to hit the ball with the head, but we are geniuses 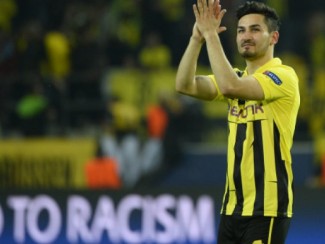