Once installed bodyguards during matches and training sessions, Luis Van Gaal has extended security perimeter in his apartment in Çeshër, which he shares with his wife, Trus. “Mirror” revealed the coach of Manchester United has recruited a team security to protect himself and his family. The Dutchman is concerned for his safety and the wife of a violent reaction of fans angry team.

Family monitored 24 hours to 24 bodyguards, while a number of bodyguards were stationed in front of their luxury apartment. Even news of a few days ago that the 64-year-old is seeking a new home has come precisely because he wants an apartment that offers more privacy and security. There remain coach of 18 months contract at “Old Trafford”. But, despite having been three times at discharge, he insists he will not resign and continues to have the support of the board and, in particular, delegated administrator, Edward Woodward.

Triumph in “FA Cup” to Derby on Friday he took away some pressure, but he and Manchester United do not want to leave to chance any hasty reaction of fans disappointed. Club coach bodyguard decided early on “Old Trafford” and during the transfers, but also the training center “Carrington”. But their cord is already expanding in the luxury residential area of ??Manchester. United’s players have past history with fans rebelled. Rooney and Ferdinand confronted masked ultras when they do not agree to renew the contracts. And Van Gaal is afraid that such a situation can be repeated to him and the family. Mrs. Van Gaal is also concerned for the safety of her husband, but it supports 100% of his decision to continue on the bench. Contacted by “Mirror”, Manchester United refused to make any comment on this story.

City and Madrid with dizzying offer for Lewandowski 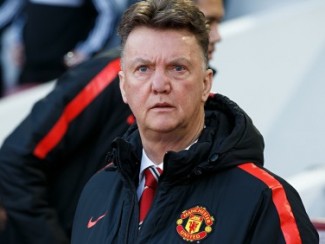