Brazil has failed to come up with three points from the match with Paraguay to Russia in 2018 qualifications.

Brazilians leveled at 2-2 and extra time.

Dario Lezcano Paraguay took the lead in the first half, where there were other goals.

Paraguay in the second half scored again with Edgar Benitez in e49’s minutes.

Brazil returned to the game with a goal that veteran Ricardo Oliveira scored for 2-1 in the 79th minute.

To equalize Dani Alves took care figures that took a beautiful pass in the area and spent a protective net to wobble.

Brazil after the draw has gathered 9 points after six matches and located in the sixth.

United and Bayern after Inter defender 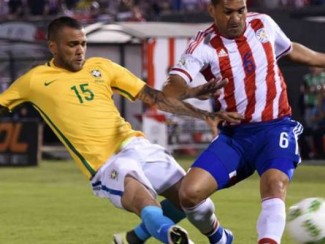