Diego Costa could be transferred to Paris Saint-Germain in the summer
Chelsea remain without Spanish striker Diego Costa after this season.

According to British tabloid, Daily Star, Paris Saint-Germain have shown interest to transfer the former striker of Atletico Madrid during the summer.

But the leaders Atletico Madrid have shown interest to bring him forward in Mestalla. 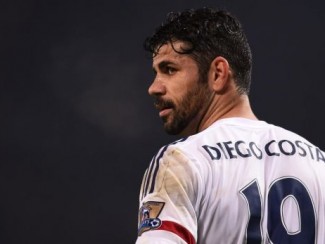