Reprezentuesi Kosovo, Albert Bunjaku, says that in the second half of the season in the Swiss Super League will explode and give everything for the team.
32-year-old striker has passed numerous problems that had injuries and wants to help as much as his team.

Bunjaku this season has scored a goal in ten games as played, shrkuan Koha Ditore.

“I in the first half of the season I was constantly sore. It was very tough situation. Luckily I got home a family that supports me.”

“This is very important. Even on home football is a theme, but not the central theme. The children can divert attention from troubles,” said Bunjaku to “Blick”.

“I have participated in all the preparatory phase. The first matches have been well testing, I gave everything. No more excuses. Now we have to break. It’s that simple.”

“The team have competition, but it depends on how I come across. If you give everything of myself then it would be okay,” added the former international, Switzerland.

It is not issued Allegri, Pogba and Dybalan 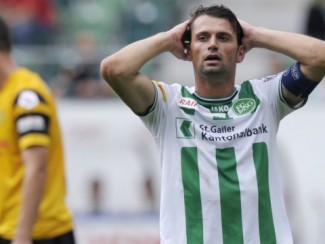