Baba unhappy with his situation at Chelsea

Abdul Rahman Baba was transferred to Chelsea with great fanfare but has failed to show his worth.
Ghanaian talented defender champions England joined the German club Augsburg but managed to leave signs in London.

Recently he is not collected at the coach, and talked about his situation in London.

“For me it is very difficult to see the club’s matches from the stands. I’m learning that. ”

“I have to get used to the Premier League with a big club like Chelsea. I am new and first half of the season went well, but now I’m not happy with my situation, “said Baba.

British media have written that Baba could leave Chelsea on loan for six months.

The star of Barca fan of Zidane, but the Frenchman hopes failure in Madrid 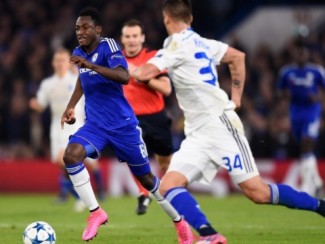