After Marchisio, Juve without a superstar against Bayern

There is no end to the bad news for Juventus.

The Bianconeri have announced through the official website after the Pablo Dybala Claduio Marchisio will miss against Bayern Munich.

“Paulo Dybala and Claudio Marchisio will not be available to the team for the next match in the Allianz Arena. Dybala ended prematurely exercises, while medical examinations have ruled out a muscular injury. His condition will be seen in the coming days to challenge for Turin.

Marchisio while yesterday there was a problem in the pulp left to hold off the field for about 20 days, “reads the official announcement of” Lady “.

Recall that at the first meeting in Turin, Juve and Bayern had equalized 2: 2, and tomorrow is expected to develop within the second leg of the Champions League.

PSG can not stop

Shaqiri did not play against Behrami 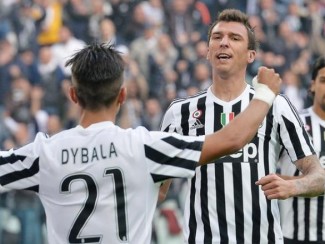