Major League Baseball (MLB) is a professional baseball organization that is the oldest of the four major professional sports leagues in the United States and Canada. A total of 30 teams now play in the American League (AL) and National League (NL), with 15 teams in each league. The AL and NL operated as separate legal entities from 1901 and 1876 respectively. After cooperating but remaining legally separate entities since 1903, in 2000 the leagues merged into a single organization led by the Commissioner of Baseball. The organization also oversees minor league baseball leagues, which comprise about 240 teams affiliated with the major-league clubs. With the World Baseball Softball Confederation, MLB manages the international World Baseball Classic tournament.

Baseball’s first professional team was founded in Cincinnati in 1869. The first few decades of professional baseball were characterized by rivalries between leagues and by players who often jumped from one team or league to another. The period before 1920 in baseball was known as the dead-ball era; players rarely hit home runs during this time. Baseball survived a conspiracy to fix the 1919 World Series, which came to be known as the Black Sox Scandal. The sport rose in popularity in the 1920s, and survived potential downturns during the Great Depression and World War II. Shortly after the war, baseball’s color barrier was broken by Jackie Robinson.

The 1950s and 1960s were a time of expansion for the AL and NL, then new stadiums and artificial turf surfaces began to change the game in the 1970s and 1980s. Home runs dominated the game during the 1990s, and media reports began to discuss the use of anabolic steroids among Major League players in the mid-2000s. In 2006, an investigation produced the Mitchell Report, which implicated many players in the use of performance-enhancing substances, including at least one player from each team.

Today, MLB is composed of thirty teams: twenty-nine in the United States and one in Canada. Teams play 162 games each season and five teams in each league advance to a four-round postseason tournament that culminates in the World Series, a best-of-seven championship series between the two league champions that dates to 1903. Baseball broadcasts are aired throughout North America and in several other countries throughout the world. Games are aired on television, radio, and the Internet. MLB has the highest season attendance of any sports league in the world with more than 74 million spectators in 2013.

MLB is governed by the Major League Baseball Constitution. This document has undergone several incarnations since 1875, with the most recent revisions being made in 2012.Under the direction of the Commissioner of Baseball, MLB hires and maintains the sport’s umpiring crews, and negotiates marketing, labor, and television contracts. MLB maintains a unique, controlling relationship over the sport, including most aspects of minor league baseball. This is due in large part to the 1922 U.S. Supreme Court ruling in Federal Baseball Club v. National League, which held that baseball is not interstate commerce and therefore not subject to federal antitrust law. This ruling has been weakened only slightly in subsequent years. The weakened ruling granted more stability to the owners of teams and has resulted in values increasing at double-digit rates.There were several challenges to MLB’s primacy in the sport between the 1870s and the Federal League in 1916; the last attempt at a new major league was the aborted Continental League in 1960.

The chief executive of MLB is the commissioner, Rob Manfred. The chief operating officer is Tony Petitti. There are six executive vice-presidents in charge of the following areas: baseball development, business, labor relations and human resources, finance, administration (whose vice-president is MLB’s Chief Information Officer), and baseball operations. As of November 19, 2013, the MLB website lists only five executive VPs; the office of executive VP for labor relations and human resources is not listed.

The multimedia branch of MLB, which is based in Manhattan, is MLB Advanced Media. This branch oversees MLB.com and each of the 30 teams’ websites. Its charter states that MLB Advanced Media holds editorial independence from the league, but it is under the same ownership group and revenue-sharing plan. MLB Productions is a similarly structured wing of the league, focusing on video and traditional broadcast media. MLB also owns 67 percent of MLB Network, with the other 33 percent split between several cable operators and satellite provider DirecTV.It operates out of studios in Secaucus, New Jersey, and also has editorial independence from the league.

In 1920, the weak National Commission, which had been created to manage relationships between the two leagues, was replaced with the much more powerful Commissioner of Baseball, who had the power to make decisions for all of professional baseball unilaterally. For 60 years, the American and National Leagues fielded eight teams apiece.

In the 1960s, MLB expansion added eight teams, including the first non-U.S. team (the Montreal Expos). Two teams (the Seattle Mariners and the Toronto Blue Jays) were also added in the 1970s. From 1969 through 1993, each league consisted of an East and West Division. A third division, the Central Division, was added in each league in 1994. Through 1996, the two leagues met on the field only during the World Series and the All-Star Game. Regular-season interleague play was introduced in 1997.

In March 1995, two new franchises—the Arizona Diamondbacks and Tampa Bay Devil Rays (now known simply as the Tampa Bay Rays)—were awarded by MLB, to begin play in 1998. This addition brought the total number of franchises to 30. In early 1997, MLB decided to assign one new team to each league: Tampa Bay joined the AL and Arizona joined the NL. The original plan was to have an odd number of teams in each league (15 per league, with 5 in each division). In order for every team to be able to play daily, this would have required interleague play to be scheduled throughout the entire season. However, it was unclear at the time if interleague play would continue after the 1998 season, as it had to be approved by the players’ union. For this and other reasons, it was decided that both leagues should continue to have an even number of teams; one existing club would have to switch leagues. The Milwaukee Brewers agreed in November 1997 to move from the AL to the NL, thereby making the NL a 16-team league.Later, when the Houston Astros changed ownership prior to the 2013 season, the team moved from the NL Centralague play is held throughout the season.
to the AL West,resulting in both leagues having three divisions of five teams each and allowing all teams to have a more balanced schedule. Interle
In 2000, the AL and NL were dissolved as legal entities, and MLB became a single, overall league de jure, similar to the National Football League (NFL), National Basketball Association (NBA) and National Hockey League (NHL)—albeit with two components called “leagues” instead of “conferences”. The same rules and regulations are used in both leagues, with one exception: the AL operates under the designated hitter rule, while the NL does not. This difference in rules between leagues is unique to MLB; the other sports leagues of the U.S. and Canada have one set of rules for all teams.

In the 1860s, aided by the Civil War, “New York”-style baseball expanded into a national game and spawned baseball’s first governing body, The National Association of Base Ball Players. The NABBP existed as an amateur league for twelve years. By 1867, more than 400 clubs were members. Most of the strongest clubs remained those based in the northeastern U.S. For professional baseball’s founding year, MLB uses the year 1869—when the first professional team, the Cincinnati Red Stockings, was established.

In 1876, the National League of Professional Base Ball Clubs (later known as the National League or NL) was established after the NA proved ineffective. The league placed its emphasis on clubs rather than on players. Clubs could now enforce player contracts, preventing players from jumping to higher-paying clubs. Clubs were required to play the full schedule of games instead of forfeiting scheduled games when the club was no longer in the running for the league championship, which happened frequently under the NA. A concerted effort was made to curb gambling on games, which was leaving the validity of results in doubt. The first game in the NL—on Saturday, April 22, 1876 (at the Jefferson Street Grounds, Philadelphia)—is often pointed to as the beginning of MLB.

The early years of the NL were tumultuous, with threats from rival leagues and a rebellion by players against the hated “reserve clause”, which restricted the free movement of players between clubs. Competitor leagues formed regularly and also disbanded regularly. The most successful was the American Association (1882–1891), sometimes called the “beer and whiskey league” for its tolerance of the sale of alcoholic beverages to spectators. For several years, the NL and American Association champions met in a postseason championship series—the first attempt at a World Series. The two leagues merged in 1892 as a single 12-team NL, but the NL dropped four teams after the 1899 season. This led to the formation of the American League in 1901 under AL president Ban Johnson, and the resulting bidding war for players led to widespread contract-breaking and legal disputes.

The war between the AL and NL caused shock waves throughout the baseball world. At a meeting at the Leland Hotel in Chicago in 1901, the other baseball leagues negotiated a plan to maintain their independence. A new National Association was formed to oversee these minor leagues. While the NA continues to this day (known as Minor League Baseball), at the time Ban Johnson saw it as a tool to end threats from smaller rivals who might expand in other territories and threaten his league’s dominance.

After 1902, the NL, AL, and NA signed a new National Agreement which tied independent contracts to the reserve-clause contracts. The agreement also set up a formal classification system for minor leagues, the forerunner of today’s system that was refined by Branch Rickey.
Several other early defunct baseball leagues are officially considered major leagues, and their statistics and records are included with those of the two current major leagues. These include the AA, the Union Association (1884),the Players’ League (1890),and the Federal League (1914–1915). Both the UA and AA are considered major leagues by many baseball researchers[who?] because of the perceived high caliber of play and the number of star players featured. Some researchers, dispute the major-league status of the UA by pointing out that franchises came and went and that the St. Louis club was deliberately “stacked”; the St. Louis club was owned by the league’s president and it was the only club that was close to major-league caliber.

ESPN Deportes televises a large number of MLB games in Spanish throughout Latin America. Wapa 2 airs games in Puerto Rico, including spring training games and most of the World Baseball Classic games involving the team from Puerto Rico.[173] In Brazil, ESPN Brasil has exclusive rights on TV (ESPN and ESPN+) and Internet (WatchESPN), with Fox Sports also broadcasting some games.

Five in the United Kingdom previously screened MLB games, including the All-Star Game and the postseason games, on Sunday and Wednesday usually starting at 1 am BST. Most recently, Johnny Gould and Josh Chetwynd presented MLB on Five on that station. The channel covered baseball beginning on its opening night in 1997, but for financial reasons, the decision was made not to pick up MLB for the 2009 season. ESPN UK show live and recorded games several times a week—it is available with BT Sport and (on a subscriber-basis) Virgin Media in the UK. ESPN America televised a large number of games in the UK and dozens of other countries; in May 2013, ESPN announced that it would shut down the channel on July 31, 2013.
In Australia, MLB games are regularly shown on ESPN Australia (subscription).
In Middle East & North Africa, It is Broadcast On beIN Sports Channels. 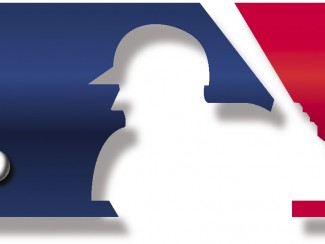