Serie A (is a professional league competition for football clubs located at the top of the Italian football league system and has been operating for over eighty years since the 1929–30 season. It had been organized by Lega Calcio until 2010, but a new league, the Lega Serie A, was created for the 2010–11 season. Serie A is regarded as one of the best football leagues in the world and it is often depicted as the most tactical national league. Serie A is the world’s second strongest national league according to IFFHS and has produced the highest number of European Cup finalists: Italian clubs have reached the final of the competition on a record twenty-six different occasions, winning the title twelve times. Serie A is ranked 4th among European leagues according to UEFA’s league coefficient behind La Liga, Bundesliga and Premier League, which is based on the performance of Italian clubs in the Champions League and the Europa League during the last five years.Serie A led the UEFA ranking from 1986 to 1988 and from 1990 to 1999.

In its current format, the Italian Football Championship was revised from having regional and interregional rounds, to a single-tier league from the 1929–30 season onwards. The championship titles won prior to 1929 are officially recognised by FIGC with the same weighting as titles that were subsequently awarded. However, the 1945–46 season, when the league was played over two geographical groups due to the ravages of WWII, is not statistically considered, even if its title is fully official. All the winning teams are recognised with the title of Campione d’Italia (“Champion of Italy”), which is ratified by the Lega Serie A before the start of the next edition of the championship.

The league hosts three of the world’s most famous clubs as Juventus, Milan and Internazionale, all founding members of the G-14, a group which represented the largest and most prestigious European football clubs; Serie A was the only league to produce three founding members. More players have won the coveted Ballon d’Or award while playing at a Serie A club than any other league in the world. Ahead of Spain’s La Liga, although the actual number of Ballon d’Or won by players in these two leagues is equal at 18 each if including the FIFA Ballon d’Or. Milan is the second club with the most official international titles in the world (18). Juventus, Italy’s most successful club of the 20th century and the most successful Italian team, is tied for fourth in Europe and eighth in the world in the same ranking. The club is the only one in the world to have won all possible official continental competitions and the world title.Internazionale, following their achievements in the 2009–10 season, became the first Italian team to have achieved a treble.Juventus, Milan and Inter, along with Roma, Fiorentina, Lazio and Napoli are known as the Seven Sisters of Italian football.

Serie A, as it is structured today, began in 1929. From 1898 to 1922 the competition was organised into regional groups. Because of ever growing teams attending regional championships, FIGC split the CCI (Italian Football Confederation) in 1921. When CCI teams rejoined the FIGC created two interregional divisions renaming Categories into Divisions and splitting FIGC sections into two North-South leagues. In 1926 due to internal crises FIGC changed internal settings adding southern teams to the national divisions which lead to 1929–30 final settlement. No title was awarded in 1927 after Torino were stripped of the championship by the Italian Football Federation (FIGC). Torino were declared champions in the 1948-49 season following a plane crash near the end of the season in which the entire team was killed.

The Serie A Championship title is often referred to as the scudetto (small shield) because since the 1924–25 season the winning team will bear a small coat of arms with the Italian tricolour on their strip in the following season. The most successful club is Juventus with 31 championships, followed by both Milan and Internazionale . From 2004–05 onwards an actual trophy was awarded to club on the pitch after the last turn of the championship. The trophy, called Coppa Campioni d’Italia, is official since the 1960–61 season, but between 1961 and 2004 it was consigned to the winning clubs at the head office of the Lega Nazionale Professionisti.

On 30 April 2009, Serie A announced a split from Serie B. Nineteen of the twenty clubs voted in favour of the move in an argument over television rights. Relegation-threatened Lecce voted against. Maurizio Beretta, the former head of Italy’s employers’ association, became president of the new league.

Rome and Milan are divided into ‘peace’, ends 1-1 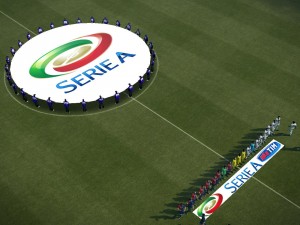 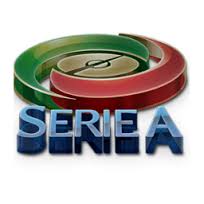