The Primera División is the top professional association football division of the Spanish football league system. It is officially named Liga BBVA (BBVA League) for sponsorship reasons. It is contested by 20 teams, with the three lowest placed teams relegated to the Segunda División and replaced by the top two teams in that division plus the winner of a play-off.

A total of 60 teams have competed in La Liga since its inception. Nine teams have been crowned champions, with Real Madrid winning the title a record 32 times and Barcelona 23 times. Real Madrid dominated the championship from the 1950s through the 1980s. Since the 1990s, however, Real Madrid and Barcelona have both dominated, although La Liga has seen other champions, including Atlético Madrid, Valencia, and Deportivo de La Coruña.

La Liga has been the top league in Europe over the last 5 years according to UEFA’s league coefficient and has been the top league in Europe for more combined years than any other European league (16 years). La Liga based clubs have the highest number of IFFS World’s Club Team of the Year awards (9). La Liga clubs have won the most UEFA Champions League tournaments (15) and Real Madrid are the competition’s most successful club, with ten titles. La Liga clubs have also won the highest number of UEFA Cup/UEFA Europa League titles and Sevilla are the most successful club in the competition’s history with 4 titles. La Liga is the first and only league to be represented by both finalists in a UEFA Champions League final on two occasions. La Liga-based players have won the highest number of FIFA World Player of the Year awards (11), Ballon d’Or awards (18) and UEFA Best Player in Europe awards (4). La Liga players also represent the highest number of FIFPro World XI and UEFA Team of the Year places. Real Madrid and Barcelona are the La Liga clubs to have won the UEFA Champions League.

In April 1927, José María Acha, a director at Arenas Club de Getxo, first proposed the idea of a national league in Spain. After much debate about the size of the league and who would take part, the Real Federación Española de Fútbol eventually agreed on the ten teams who would form the first Primera División in 1929. Barcelona, Real Madrid, Athletic Bilbao, Real Sociedad, Arenas Club de Getxo and Real Unión were all selected as previous winners of the Copa del Rey. Atlético Madrid, Espanyol and Europa qualified as Copa del Rey runners-up and Racing de Santander qualified through a knockout competition. Only three of the founding clubs, Real Madrid, Barcelona, and Athletic Bilbao, have never been relegated from the Primera División. 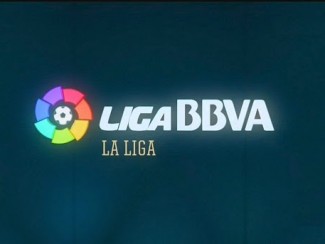