The Premier League is a corporation in which the 20 member clubs act as shareholders. Seasons run from August to May, with teams playing 38 matches each (playing each team in the league twice, home and away) totalling 380 matches in the season.Most games are played in the afternoons of Saturdays and Sundays, the other games during weekday evenings. It is currently sponsored by Barclays Bank and thus officially known as the Barclays Premier League and is colloquially known as the Premiership. Outside the UK it is commonly referred to as the English Premier League (EPL).

The competition formed as the FA Premier League on 20 February 1992 following the decision of clubs in the Football League First Division to break away from the Football League, which was originally founded in 1888, and take advantage of a lucrative television rights deal. This deal is worth £1 billion a year domestically as of 2013–14, with BSkyB and BT Group securing the domestic rights to broadcast 116 and 38 games respectively.The league generates €2.2 billion per year in domestic and international television rights.

The Premier League is the most-watched football league in the world, broadcast in 212 territories to 643 million homes and a potential TV audience of 4.7 billion people. In the 2010–11 season, the average Premier League match attendance was 35,363, the second highest of any professional football league behind the Bundesliga, and stadium occupancy was 92% capacity.The Premier League ranked second in the UEFA coefficients of leagues based on performances in European competitions over the last five years.
Of the 47 clubs to have competed since the inception of the Premier League in 1992, five have won the title: Manchester United (13), Chelsea (4), Arsenal (3), Manchester City (2) and Blackburn Rovers (1). The current champions are Chelsea, who won the title in 2014–15.

Since its inception, member clubs have won the UEFA Champions League, the premier European club competition, on four occasions. This was accomplished by Manchester United in 1999 and 2008, by Liverpool in 2005 and by Chelsea in 2012.

Despite significant European success during the 1970s and early 1980s, the late ’80s had marked a low point for English football. Stadia were crumbling, supporters endured poor facilities, hooliganism was rife, and English clubs were banned from European competition for five years following the Heysel Stadium disaster in 1985. The Football League First Division, which had been the top level of English football since 1888, was well behind leagues such as Italy’s Serie A and Spain’s La Liga in attendances and revenues, and several top English players had moved abroad.

However, by the turn of the 1990s the downward trend was starting to reverse; England had been successful in the 1990 FIFA World Cup, reaching the semi-finals. UEFA, European football’s governing body, lifted the five-year ban on English clubs playing in European competitions in 1990 (resulting in Manchester United lifting the UEFA Cup Winners’ Cup in 1991) and the Taylor Report on stadium safety standards, which proposed expensive upgrades to create all-seater stadia in the aftermath of the Hillsborough disaster, was published in January of that year.

Television money had also become much more important; the Football League received £6.3 million for a two-year agreement in 1986, but when that deal was renewed in 1988, the price rose to £44 million over four years.[11] The 1988 negotiations were the first signs of a breakaway league; ten clubs threatened to leave and form a “super league”, but were eventually persuaded to stay.As stadia improved and match attendance and revenues rose, the country’s top teams again considered leaving the Football League in order to capitalise on the growing influx of money being pumped into the sport.

In 2007, the Premier League became the highest ranking European League based on the performances of English teams in European competitions over a five-year period. This broke the eight-year dominance of the Spanish league, La Liga. 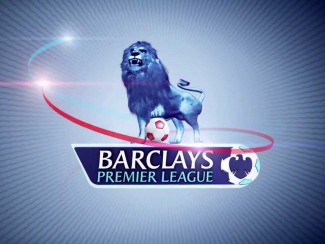 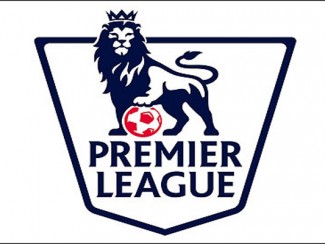