Ligue 1 is the French professional league for association football clubs. It is the country’s primary football competition and serves as the top division of the French football league system. Ligue 1 is one of two divisions making up the Ligue de Football Professionnel, the other being Ligue 2. Contested by 20 clubs, it operates on a system of promotion and relegation with Ligue 2. Seasons run from August to May, with teams playing 38 games each totaling 380 games in the season. Most games are played on Saturdays and Sundays, with a few games played during weekday evenings. Play is regularly suspended the last weekend before Christmas for two weeks before returning in the second week of January. Ligue 1 is one of the top national leagues, currently ranked fifth in Europe behind the Spanish La Liga, English Premier League, the German Bundesliga and the Italian Serie A.

Ligue 1 was inaugurated on 11 September 1932 under the name National before switching to Division 1 after a year of existence. The name lasted until 2002 before switching to its current name. AS Saint-Etienne is the most successful club with ten league titles in France while Olympique Lyon is the club that has won the most consecutive titles (seven between 2002 and 2008). With the presence of 66 seasons in Ligue 1, the FC Sochaux-Montbéliard and Olympique de Marseille hold the record for most seasons among the elite, while FC Nantes meanwhile holds the League record for longevity 1 with 44 consecutive seasons (1963-2007). Paris Saint-Germain is currently the dean of the Ligue 1 since there is present since 1974 (either its 42nd consecutive year in 2015-2016).The current champions are Paris Saint-Germain, who won the 5th title of their history in the 2014–15 season.

Ligue 1 is generally regarded as competently run, with good planning of fixtures, complete and consistently enforced rules, timely resolution of issues, and adequate escalation procedures of judicial disputes to national or international institutions. The league has faced three significant corruption scandals in its history (Antibes in 1933, Red Star in the 1950s, and Marseille in 1993) and has preserved its reputation every time through swift and appropriately severe punishment of the guilty parties.

The league’s inaugural season of the all-professional league, called National, was held in 1932–1933. The 20 inaugural members of National were Antibes, CA Paris, Cannes, Club Français, Excelsior AC Roubaix, Fives, Hyères, Marseille, Metz, Mulhouse, Nice, Nîmes, Olympique Alès, Olympique Lillois, Racing Club de France, Red Star Olympique, Rennes, Sochaux, Sète, and Montpellier. The 20 clubs were inserted into two groups of 10 with the bottom three of each group suffering relegation to Division 2. The two winners of each group would then face each other in a final held at a neutral venue, which later turned out to the Stade Olympique Yves-du-Manoir. The first final was held on 14 May 1933 and it matched the winner of Group A, Olympique Lillois, against the runner-up of Group B, Cannes. Antibes, the winner of Group B, was supposed to take part in the final but was suspected of bribery by the French Football Federation and was forced into disqualification. In the first final, Lillois were crowned the inaugural champions following the club’s 4–3 victory. After the season, the league decided to retain the 14 clubs and not promote any sides from the second division. The league also agreed to change its name from National to simply Division 1. For the 1934–35 season, the league organized a legitimate promotion and relegation system bringing the total tally of clubs in the first division to 16. The number remained until the 1938–39 season.

Because of World War II, football was suspended by the French government and the Ligue de Football Professionnel, although its member clubs continued playing in regional competitions. During the “war championships”, as they are called, professionalism was abolished by the Vichy regime and clubs were forced to participate in regional leagues, designated as Zone Sud and Zone Nord. Due to its non-association with the two leagues, the LFP and FFF do not recognize the championships won by the clubs and thus 1939–1945 is non-existent in the two organizations’ view. Following the conclusion of the war and the liberation of France, professional football returned to France. The first division increased its allotment of clubs to 18. This number remained until the 1965–66 season when the number was increased to 20. In 2002, the league changed its name from Division 1 to Ligue 1.

Currently, as determined by the UEFA coefficient, the top three teams in Ligue 1 qualify for the Champions League, with the top two proceeding directly to the group phase. The third-placed team enters in the third qualifying round. The fourth-placed team qualifies for the UEFA Europa League. The other two Europa League places are determined through the country’s two domestic cup competitions, the Coupe de France and Coupe de la Ligue. If both of the cup winners qualify for Europe through their league position, the fifth and sixth-placed teams in Ligue 1 will qualify for the Europa League. The league can also be awarded a European place based on their UEFA Fair Play ranking. The league operates a Fair Play table to determine the winning club if France turns out to be the winning nation based on their Fair Play ranking.

In other European countries, the availability of Ligue 1 varies. In most countries, the league airs on either TV Arena Sport, Nova Sport, Canal+, or Sport1. In Spain, BeIN Sports (Spain) has the TV-rights from Ligue 1 and Coupe de la Ligue. In countries such as Switzerland and Poland, Ligue 1 airs on sister channels of Canal+. In Germany, league airs on Eurosport, while in the Baltic States, it airs on Viasat Sport. Ligue 1 is shown on Galaxie Sport in the Czech Republic and Slovakia. On 1 April 2010, the Ligue de Football Professionnel announced that the league had reached a multi-million euro broadcasting agreement with Italian channel Sportitalia. The channel will broadcast Ligue 1 games for the next two seasons beginning with the 2010–11 season. Sportitalia will show four live matches a week and will also air a weekly highlights show. In the United Kingdom, both live matches and Ligue 1 highlights are shown on BT Sport. 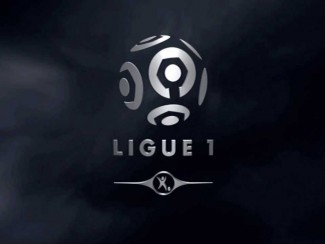 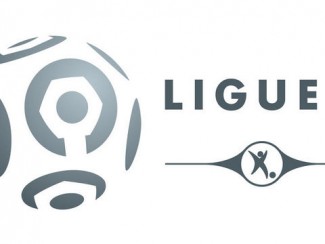