Golf is a club and ball sport in which players use various clubs to hit balls into a series of holes on a course in as few strokes as possible.
Golf is one of the few ball games that do not require a standardized playing area. The game is played on a course with an arranged progression of either nine or 18 holes. Each hole on the course must contain a tee box to start from, and a putting green containing the actual cup. There are other standard forms of terrain in between, such as the fairway, rough, and hazards, but each hole on a course is unique in its specific layout and arrangement.
Golf is played for the lowest number of strokes by an individual, known as stroke play, or the lowest score on the most individual holes in a complete round by an individual or team, known as match play. Stroke play is the most commonly seen format at all levels.

While the modern game of golf originated in 15th-century Scotland, the game’s ancient origins are unclear and much debated. Some historians trace the sport back to the Roman game of paganica, in which participants used a bent stick to hit a stuffed leather ball. One theory asserts that paganica spread throughout Europe as the Romans conquered most of the continent, during the first century BC, and eventually evolved into the modern game. Others cite chuiwan (“chui” means striking and “wan” means small ball) as the progenitor, a Chinese game played between the eighth and 14th centuries. A Ming Dynasty scroll dating back to 1368 entitled “The Autumn Banquet” shows a member of the Chinese Imperial court swinging what appears to be a golf club at a small ball with the aim of sinking it into a hole. The game is thought to have been introduced into Europe during the Middle Ages. Another early game that resembled modern golf was known as cambuca in England and chambot in France. The Persian game chaugán is another possible ancient origin. In addition, kolven (a game involving a ball and curved bats) was played annually in Loenen, Netherlands, beginning in 1297, to commemorate the capture of the assassin of Floris V, a year earlier.

The modern game originated in Scotland, where the first written record of golf is James II’s banning of the game in 1457, as an unwelcome distraction to learning archery.James IV lifted the ban in 1502 when he became a golfer himself, with golf clubs first recorded in 1503-1504: “For golf clubbes and balles to the King that he playit with”.To many golfers, the Old Course at St Andrews, a links course dating to before 1574, is considered to be a site of pilgrimage. In 1764, the standard 18 hole golf course was created at St Andrews when members modified the course from 22 to 18 holes. Golf is documented as being played on Musselburgh Links, East Lothian, Scotland as early as 2 March 1672, which is certified as the oldest golf course in the world by Guinness World Records. The oldest surviving rules of golf were compiled in March 1744 for the Company of Gentlemen Golfers, later renamed The Honourable Company of Edinburgh Golfers, which was played at Leith, Scotland. The world’s oldest golf tournament in existence, and golf’s first major, is The Open Championship, which was first played on 17 October 1860 at Prestwick Golf Club, in Ayrshire, Scotland, with Scottish golfers winning the earliest majors.[14] Two Scotsmen from Dunfermline, John Reid and Robert Lockhart, first demonstrated golf in the US by setting up a hole in an orchard in 1888, with Reid setting up America’s first golf club the same year, St. Andrews Golf Club in Yonkers, New York.

A hole is classified by its par, meaning the number of strokes a skilled golfer should require to complete play of the hole. The minimum par of any hole is 3 because par always includes a stroke for the tee shot and two putts. Pars of 4 and 5 strokes are ubiquitous on golf courses; more rarely, a few courses feature par-6 and even par-7 holes. Strokes other than the tee shot and putts are expected to be made from the fairway; for example, a skilled golfer expects to reach the green on a par-4 hole in two strokes—one from the tee (the “drive”) and another, second, stroke to the green (the “approach”)—and then roll the ball into the hole in two putts for par. Putting the ball on the green with two strokes remaining for putts is called making “green in regulation” or GIR. Missing a GIR does not necessarily mean a golfer won’t make par, but it does make doing so more difficult as it reduces the number of putts available; conversely, making a GIR does not guarantee a par, as the player might require three or more putts to “hole out”. Professional golfers typically make between 60% and 70% of greens in regulation.

The primary factor for classifying the par of a relatively straight, hazard-free hole is the distance from the tee to the green. A typical par-3 hole is less than 250 yards (225 m) in length, with a par-4 hole ranging between 251 and 475 yards (225–434 m), and a par-5 hole being longer than 475 yards (435 m). The rare par-6s can stretch well over 650 yards (595 m). These distances are based on the typical scratch golfer’s drive distance of between 240 and 280 yards (220 and 260 m); a green further than the average player’s drive will require additional shots from the fairway. However, other considerations must be taken into account; the key question is “how many strokes would a scratch golfer take to make the green by playing along the fairway?”. The grade of the land from the tee to the hole might increase or decrease the carry and rolling distance of shots as measured linearly along the ground. Sharp turns or hazards may require golfers to “lay up” on the fairway in order to change direction or hit over the hazard with their next shot. These design considerations will affect how even a scratch golfer would play the hole, irrespective of total distance from tee to green, and must be included in a determination of par.[34] However, a par score never includes “expected” penalty strokes, as a scratch player is never “expected” to hit a ball into a water hazard or other unplayable situation. So, the placement of hazards only affect par when considering how a scratch golfer would avoid them.

Eighteen-hole courses typically total to an overall par score of 72 for a complete round; this is based on an average par of 4 for every hole, and so is often arrived at by designing a course with an equal number of par-5 and par-3 holes, the rest being par-4. Many combinations exist that total to par-72, and other course pars exist from 68 up to 76, and are not less worthy than courses of par-72. Additionally, in some countries including the United States, courses are classified according to their play difficulty, which may be used to calculate a golfer’s playing handicap for a given course.

The two primary difficulty ratings in the U.S. are the Course Rating, which is effectively the expected score for a zero-handicap “scratch golfer” playing the course (and may differ from the course par), and the Slope Rating, which is a measure of how much worse a “bogey golfer” (with an 18 handicap) would be expected to play than a “scratch golfer”. These two numbers are available for any USGA-sanctioned course, and are used in a weighted system to calculate handicaps (see below).

Scoring
The goal is to play as few strokes per round as possible. A golfer’s score is usually expressed as the difference between the player’s number of strokes and the par score. A hole in one (or an “ace”) occurs when a golfer sinks his ball into the cup with his first stroke from the tee. Common scores for a hole also have specific terms.

Of the five events, the Senior PGA is by far the oldest, having been founded in 1937. The other events all date from the 1980s, when senior golf became a commercial success as the first golf stars of the television era, such as Arnold Palmer and Gary Player, reached the relevant age. The Senior British Open was not recognised as a major by the Champions Tour until 2003. The European Seniors Tour recognises only the Senior PGA and the two Senior Opens as majors. However, the Champions Tour is arguably more dominant in global senior golf than the U.S. LPGA is in global women’s golf.

The AFC North rivals will square off in a wild-card game Saturday night in Cincinnati. (NFL) 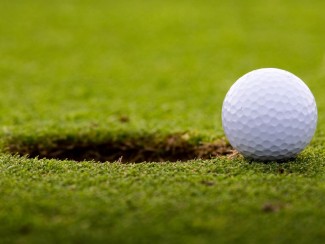