Rome and Milan are divided into ‘peace’, ends 1-1

Rome and Milan are divided 1-1 in game week 19 of Serie A. It was the locals who took the first lead, as Rudiger realized very quickly that in the fourth minute giving the impression that Rome would win easily.

The first faction close to the advantage of Rome, while in the second half Milan comes into play more demanding and immediately finds the tying goal. It cunt that balances the score after 50 minutes and makes the most interesting challenge.

In the remaining minutes both teams do little to find the winning goal and closes all 1-1. After the equalizer, Rome ranked fifth with 34 points, while Milan in sixth place with 29 points. Both teams have a more developed games. 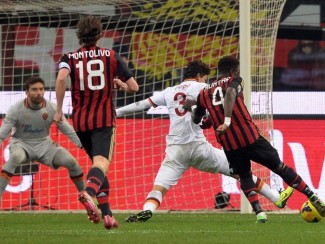