Cricket is a bat-and-ball game played between two teams of 11 players each on a field at the centre of which is a rectangular 22-yard-long pitch. The game is played by 120 million players in many countries, making it the world’s second most popular sport. Each team takes its turn to bat, attempting to score runs, while the other team fields. Each turn is known as an innings (used for both singular and plural).

The bowler delivers the ball to the batsman who attempts to hit the ball with his bat away from the fielders so he can run to the other end of the pitch and score a run. Each batsman continues batting until he is out. The batting team continues batting until ten batsmen are out, or a specified number of overs of six balls have been bowled, at which point the teams switch roles and the fielding team comes in to bat.

In professional cricket, the length of a game ranges from 20 overs (T20) per side to Test cricket played over five days. The Laws of Cricket are maintained by the International Cricket Council (ICC) and the Marylebone Cricket Club (MCC) with additional Standard Playing Conditions for Test matches and One Day Internationals.

Cricket is generally believed to have been first played in southern England in the 16th century. By the end of the 18th century, it had become the national sport of England. The expansion of the British Empire led to cricket being played overseas and by the mid-19th century the first international match was held. ICC, the game’s governing body, has 10 full members. The game is most popular in Australasia, England, the Indian subcontinent, the West Indies and Southern Africa.

ne possible source for the name is the Old English cricc or cryce meaning a crutch or staff. In Samuel Johnson’s Dictionary, he derived cricket from “cryce, Saxon, a stick”. In Old French, the word criquet seems to have meant a kind of club or stick.
Given the strong medieval trade connections between south-east England and the County of Flanders when the latter belonged to the Duchy of Burgundy, the name may have been derived from the Middle Dutch[10] krick(-e), meaning a stick (crook).

Another possible source is the Middle Dutch word krickstoel, meaning a long low stool used for kneeling in church and which resembled the long low wicket with two stumps used in early cricket.

According to Heiner Gillmeister, a European language expert of Bonn University, “cricket” derives from the Middle Dutch phrase for hockey, met de (krik ket)sen (i.e., “with the stick chase”). Dr Gillmeister believes that not only the name but the sport itself is of Flemish origin.

Cricket is a bat and ball game, played between two teams of eleven players each. One team bats, attempting to score runs, while the other bowls and fields the ball, attempting to restrict the scoring and dismiss the batsmen. The objective of the game is for a team to score more runs than its opponent. In some forms of cricket, it may also be necessary to dismiss the opposition in order to win the match, which would otherwise be drawn.

There are separate leagues for women’s cricket, though informal matches may have mixed teams.

Format of the game
A cricket match is divided into periods called innings (which ends with “s” in both singular and plural form). It is decided before the match whether the teams will have one innings or two innings each. During an innings one team fields and the other bats. The two teams switch between fielding and batting after each innings. All eleven members of the fielding team take the field, but only two members of the batting team (two batsmen) are on the field at any given time. The order of batsmen is usually announced just before the match, but it can be varied.

A coin toss is held by the team captains (who are also players) just before the match starts: the winner decides whether to bat or field first.

The cricket field is usually oval in shape, with a rectangular pitch at the center. The edge of the playing field is marked with a boundary, which could be a fence, part of the stands, a rope or a painted line.

At each end of the pitch is a wooden target called a wicket, placed 22 yards apart. The pitch is marked with painted lines: a bowling crease in line with the wicket, and a batting or popping crease four feet in front of it. The wicket is made of three vertical stumps supporting two small horizontal bails. A wicket is put down if at least one bail is dislodged, or one stump is knocked down (usually by the ball, but also if the batsman does it with his body, clothing or equipment). This is also described as breaking, knocking down, or hitting the wicket – though if the ball hits the wicket but does not dislodge a bail or stump then it is not down.

At any instant each batsman owns a particular wicket (usually the one closer to him) and, except when actually batting, is safe when he is in his ground. This means that at least one part of his body or bat is touching the ground behind the popping crease. If his wicket is put down while the ball is live and he is out of his ground then he is dismissed, but the other batsman is safe.

The primary concern of the batsman on strike (i.e., the “striker”) is to prevent the ball hitting the wicket and secondarily to score runs by hitting the ball with his bat so that he and his partner have time to run from one end of the pitch to the other before the fielding side can return the ball. To register a run, both runners must touch the ground behind the crease with either their bats or their bodies (the batsmen carry their bats as they run). Each completed run increments the score.

More than one run can be scored from a single hit; but, while hits worth one to three runs are common, the size of the field is such that it is usually difficult to run four or more. To compensate for this, hits that reach the boundary of the field are automatically awarded four runs if the ball touches the ground en route to the boundary or six runs if the ball clears the boundary without touching the ground within the boundary. The batsmen do not need to run if the ball reaches or crosses the boundary.
Hits for five are unusual and generally rely on the help of “overthrows” by a fielder returning the ball. If an odd number of runs is scored by the striker, the two batsmen have changed ends, and the one who was non-striker is now the striker. Only the striker can score individual runs, but all runs are added to the team’s total.

The decision to attempt a run is ideally made by the batsman who has the better view of the ball’s progress, and this is communicated by calling: “yes”, “no” and “wait” are often heard.

Running is a calculated risk because if a fielder breaks the wicket with the ball while the nearest batsman is out of his ground (i.e., he does not have part of his body or bat in contact with the ground behind the popping crease), the batsman is run out.

A team’s score is reported in terms of the number of runs scored and the number of batsmen that have been dismissed. For example, if five batsmen are out and the team has scored 224 runs, they are said to have scored 224 for the loss of 5 wickets (commonly shortened to “224 for five” and written 224/5 or, in Australia, “five for 224” and 5/224).

Individual focus
For a team sport, cricket places individual players under unusual scrutiny and pressure. Bowler, batsman, and fielder all act essentially independently of each other. While team managements can signal bowler or batsman to pursue certain tactics, the execution of the play itself is a series of solitary acts. Cricket is more similar to baseball than many other team sports in this regard: while the individual focus in cricket is slightly mitigated by the importance of the batting partnership and the practicalities of running, it is enhanced by the fact that a batsman may occupy the wicket for a long time.

Spirit of the Game
Cricket is a unique game where in addition to the laws, the players must abide by the “Spirit of the Game”. The standard of sportsmanship has historically been considered so high that the phrase “it’s just not cricket” was coined in the 19th century to describe unfair or underhanded behaviour in any walk of life. In the last few decades though, cricket has become increasingly fast-paced and competitive, increasing the use of appealing and sledging, although players are still expected to abide by the umpires’ rulings without argument, and for the most part they do. Beginning in 2001, the MCC has held an annual lecture named after Colin Cowdrey on the spirit of the game. Even in the modern game fielders are known to signal to the umpire that a boundary was hit, despite what could have been considered a spectacular save (though they might be found out by the TV replays anyway). In addition to this, some batsmen have been known to “walk” when they think they are out even if the umpire does not declare them out. This is a high level of sportsmanship, as a batsman can easily take advantage of incorrect umpiring decisions.

Full Members
Full Members are the governing bodies for cricket in a country or associated countries. Full Members may also represent a geographical area. All Full Members have a right to send one representative team to play official Test matches. Also, all Full Member nations are automatically qualified to play ODIs and Twenty20 Internationals.[54] West Indies cricket team does not represent one country instead an amalgamation of over 20 countries from the Caribbean. The English Cricket team represents both England and Wales. 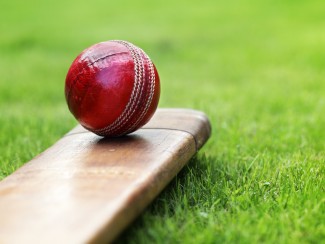