Muriqi Vedat striker is considered one of the best players of League 1 in Turkey, so that only very Superligit teams are showing particular interest to him.
Konyaspori aims to achieve survival sooner, therefore it is cast immediately on the attack to obtain the services of 21-year-old talent played 3 games with the national U-21.

In the race to transfer Muriqi is Trabzonspor, which is shown faster, offering 850 thousand euros to his move north.

Muriqi Vedat striker plays in center position and this season he scored 9 goals and 1 assists in 16 matches played.

Konyaspori in the coming days will try a higher offer for the striker, who looks set to end the Turkish Superligin his adventure in the current season.

The Konyaspor plays Alban Meha who is excellent in his first season. 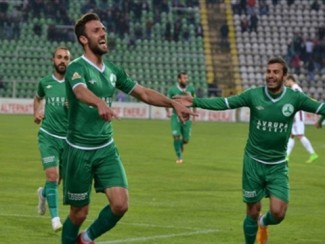